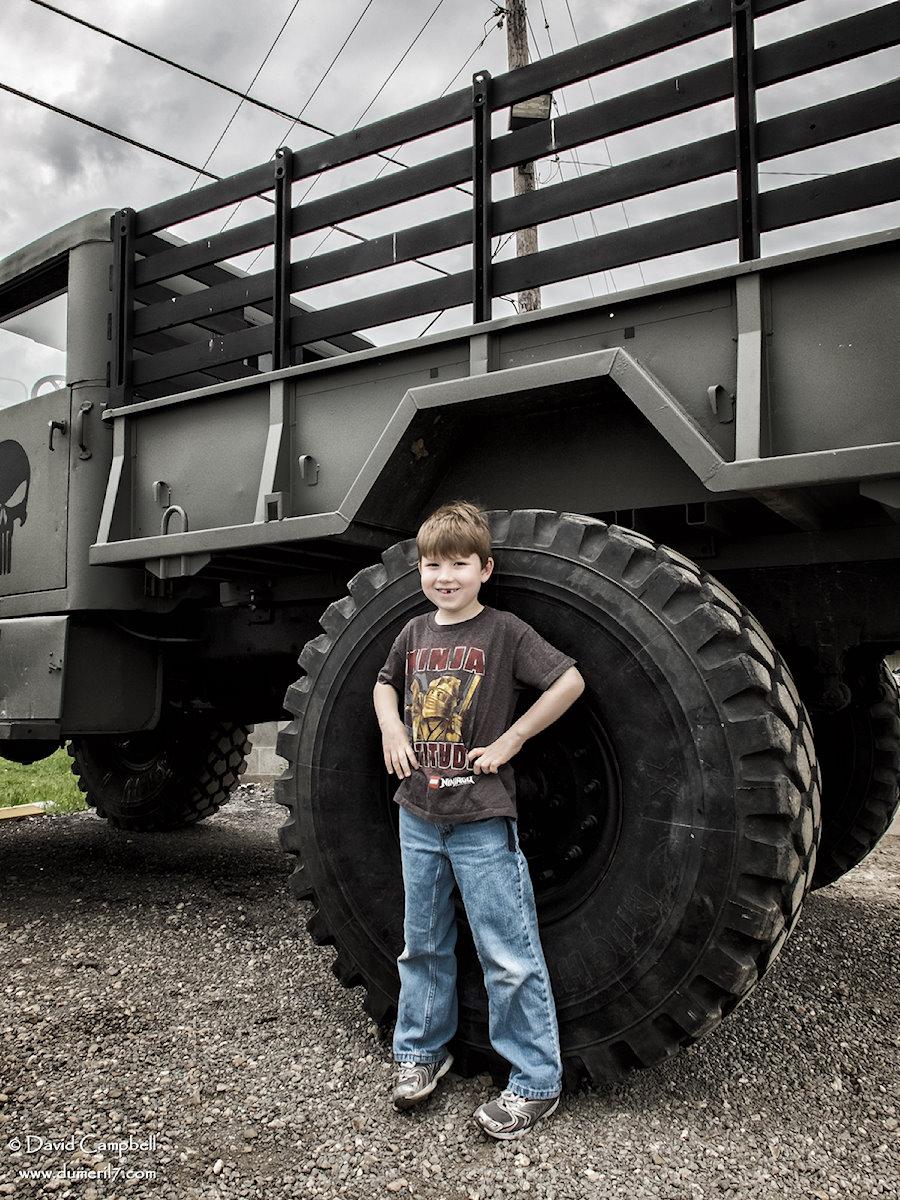 This truck (I think it's a Unimog, but I'm not sure) was sitting outside a barbeque restaurant in Brenham, Texas. I went over to get a picture of The Punisher logo on the driver's door, but then I noticed that the tire was as big as C and decided to get that photo as well. We stopped at the restaurant to eat while driving through the area looking at bluebonnets and other wildflowers, which are currently in season.

This photo is a pretty good example of shooting on an overcast day. This was taken when the sun would have right over head, which would cause very harsh shadows on a clear day. But on an overcast day, the clouds acts as a giant softbox so C's face has a nice even lighting and even the shadows under the truck are soft. Very nice light for portraits, as long as you don't let the sky itself dominate the shot.
Posted by David Campbell at 5:29 PM

Email ThisBlogThis!Share to TwitterShare to FacebookShare to Pinterest
Labels: portrait